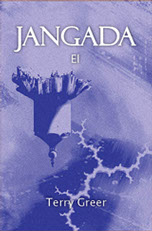 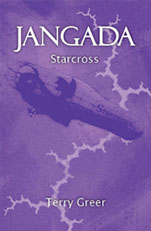 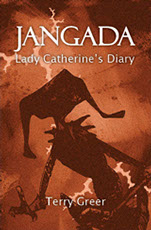 Oran knows he’s dying. Once the most powerful man on the drifting island of Haadrat, he’s resigned to living out his days in exile on an isolated estate. Together with his consort Catherine, he’s been removed from court - and when tragedy strikes his family twice in one day he is left almost broken.

Things go from bad to worse when Oran becomes a fugitive, but that leaves him driven to seek answers and justice, taking him back to the city of Ballan and the ancient hold where once he ruled. The corridors of power reveal more questions than answers, however, with the mysterious Lord Vance at the heart of the intrigue. And what Oran does discover will lead to the planning of a perilous expedition aboard a living airship across the void to Fflaqq, home of the mysterious Guild that controls all trade.

Somehow Oran has become embroiled in a sinister plot that echoes back to the long-forgotten origins of the world of Jangada. As Oran’s condition deteriorates he finds himself in a desperate race against time with Lady Catherine’s cryptic diary holding the clues.

Oran's ongoing search for his missing child takes him on a perilous journey across the void aboard the 'Starcross' (an airship built around a living creature) to an unexpected encounter with the desolate island of Kkromer.

Oran's quest for answers concludes in a desperate search for his nemesis on the Guild stronghold of Fflaqq and a perilous race to the mythical island of El, located somewhere in the storm-tossed center of Jangada.

Jangada is a fantasy series from author Terry Greer. A fantasy adventure, it follows Oran’s adventures in his search for a missing child, taking him via airship to the floating islands that make up this world, encountering betrayal, assassination and the mysterious Guild at every turn.

As his search continues, Oran is drawn into a web of intrigue as he uncovers new secrets about his family and his world,    en route to the lost city at the heart of Jangada.

All available in both paperback and kindle editions.

Read an excerpt from Jangada

Click here to read the beginning of Lady Catherine's Diary - the first volume in the Jangada saga. 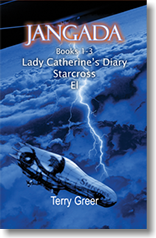 Note that if you're a member of Amazon Prime you can also loan all three books (or the omnibus edition) completely free  of charge via the Kindle owners Lending Library.